The following is a backgrounder on Tate and BP by Liberate Tate. The art collective welcome confidential or other information related to the relationship – please email us or approach a Liberate Tate member at a speaking event.

When the present Tate director Sir Nicholas Serota began his tenure in 1988 he wanted to address the fact that only about one-fifth of Tate Gallery’s art could be seen at any one time. A new annual re-hang of the permanent collection was put in place allowing more curatorial freedom and, importantly, the marketing benefits of a temporary exhibition. British Petroleum (now BP) was secured as a sponsor in 1990 for the initiative, called ‘New Displays’, with the oil company’s logo appearing on the banners outside the building, gallery walls, publications and advertising.

Whilst the present financial value of BP sponsorship is kept secret, when the national collection held by Tate was reorganised in 1990 the cost was reported as £400,000 with three quarters (£300,000) provided by BP as part of a initial package of £150, 000 payments a year (the equivalent of five 30-second TV ads back then and about twice that in equivalent pounds today).

The deal consolidated relationships made into the arts and Tate by BP. For example, the British businessman Robert Horton, who was head of BP America then from 1990 Chair and CEO of BP, was also both Chair of the Tate Foundation (1988-92) and Business in the Arts (1988-96) (now the still BP-backed Arts & Business). Serota also had links with BP having bought the oil company to Whitechapel Gallery in the 1980s in his previous job as Director there.

The BP sponsorship of Tate has continued from 1990, through the opening of Tate Britain in 2000 to the present, allowing the oil company to state “BP is the gallery’s oldest corporate partner”. This included the period when John Browne (now Lord Brown of Madingley) was Chairman and CEO of BP (in which a decision to extend the sponsorship was made in 2006 for another 5 year contract from 2007 to 2012).

Since 1990 ethical concerns about forms of arts sponsorship have risen dramatically. Tobacco companies, like arms companies before them, became unacceptable partners for public institutions. For example, the current BP Portrait Award at the National Portrait Gallery was previously sponsored by Imperial Tobacco. Then oil sponsorship of the arts became the biggest area of public and artist concern due to the negative impacts of BP and Shell on human rights, the environment and the global climate. Decades of scientific evidence of climate change due to burning hydrocarbons and the negative social and environmental impacts of oil companies is now clear and far more widely known amongst the public.

Protests against BP arts sponsorship have been ongoing since at least 2003. At the start of 2010 the art collective Liberate Tate was formed bringing its art performances to Tate galleries, creating international headlines on the issue and inspiring other artists to add their voice and art to end Tate’s promotion of fossil fuels through its BP sponsorship.

The BP Deepwater Horizon disaster in the Gulf of Mexico in mid- 2010 – the largest marine oil spill in the history of the petroleum industry – intensified opposition further to Tate’s relationship with Big Oil, which continues to this day.

In December 2011 it was announced that BP would sponsor Tate for a further five years, which if taken to its end, would “take the partnership into 2017″, according to Tate. The announcement was made as part of a £10 million arts sponsorship deal by BP with not just Tate, but also three other of London’s major arts institutions: the Royal Opera House, British Museum and National Portrait Gallery. A joint press conference was held. No breakdown figure for each institution was or has since been given – Tate having signed an unnecessary confidentiality clause against the public interest.

Tate’s Ethics Committee (three Trustees and at least one co-opted member) considers ethical issues, including those related to sponsorship, for Tate’s Board of Trustees. After discussing BP in two meetings in 2010 and a third deliberation in June 2011, Tate’s Ethics Committee recommended that Tate accept a continuation in principle of BP’s sponsorship (Helen Alexander, Patricia Lankester, Monisha Shah, Jules Sher QC, Wolfgang Tillmans and Jeremy Deller attended these meetings). Tate’s Board of Trustees followed the Ethics Committee’s recommendation with a decision to proceed at its meeting on 6 July 2011.

Serota said at the announcement that the decision had been made after “careful deliberation” “in spite of protests”. These protests included the Tate Members AGM on 2 December 2011 when a petition of 8,000 Tate members and visitors was handed to Serota calling for Tate to end its relationship with BP. Tate management sat on the petition for 10 days before alerting Trustees asking them to express any concerns by noon the next day. It is not clear how many Board members even saw this communication in this window and the deal went ahead a week later. Tate later confirmed in a reply to a Freedom of Information Act request that the petition meant it had received more representations raising concerns about BP’s sponsorship than any other issue since 1990.

Opposition to BP sponsorship is growing, particularly amongst those that donate far more than BP’s secret financial payment: the primary stakeholders of the public and Tate members. The issue dominated Tate Members AGM again in recent years. In 2012 Serota promised members that Tate will now explore ethical and other alternatives so that Trustees can decide whether this replaces BP funds. In 2013 Tate members began resigning due to BP. In 2014 BP dominated the AGM yet again with Serota saying the relationship would be reviewed in 2016.

Tate maintains that “BP’s support enables Tate Britain to create a broad and dynamic programme of exhibitions and events”. 2014 marked 25 years of the partnership which is still mostly associated in public relation and marketing around BP British Art Displays and the collection at Tate Britain.

In 2013 the nation’s collection at Tate was branded ‘The BP Walk through British Art‘. Other parts of the collection are branded ‘BP Spotlight‘. A second strand is ‘BP Saturdays’ – “free festival events and activities at Tate Britain exploring British art and suitable for all ages.” It is often inferred, incorrectly, that this financial payment is what allows the works to be seen for free. In total, Tate has promoted BP directly to over 30 million people that have visited Tate Britain in the past quarter century and many millions more through advertising BP.

The third main strand, also targeting children like ‘BP Saturdays’, is ‘BP Art Exchange‘, a project “focusing on international collaboration and exchange for teachers and young people” connecting schools, galleries, artists and cultural institutions worldwide through a social media platform and an offline programme of artist interventions. In addition to the public activity, each year Tate creates a bespoke programme of events for BP employees including private views and receptions.

Through support of Tate, BP’s objectives are publicly stated by Tate as the oil company seeking to a. connect people and inspire creativity; b. reach a broad national and international audience; c. promote understanding and enjoyment of art to a wide reaching audience; d. engage with clients through exclusive entertaining; and, e. engage employees in their arts and culture programme.

Many of those wanting an end to the sponsorship argue that Tate is being used by BP as a way to help it create a ‘social license to operate’ – to gain the support of society to continue a business model which explicitly involves the destruction of a safe, liveable environment and climate.

Tate’s vision states that it will ‘demonstrate leadership in response to climate change’ yet it promotes a company in BP that creates dangerous climate change. Climate-conscious gallery visitors are forced into an uncomfortable position if they want to enjoy art at Tate. Artists are also objecting in greater numbers to the support of BP. As are communities negatively affected by BP operations around the world.

With continued pressure, the end of BP at Tate and wider oil sponsorship of the arts looks like being a case of not if, but when. 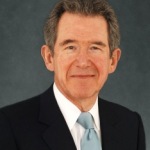 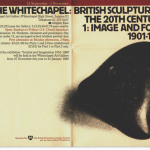 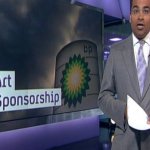 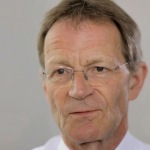 Tate Director Serota on BP at the time of Deepwater Horizon : “You don’t abandon your friends because they have what we consider to be a temporary difficulty.” 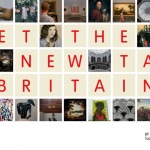 In 2013 marketing proclaimed a new Tate Britain yet the sponsor was the same old BP, with more brand profile.