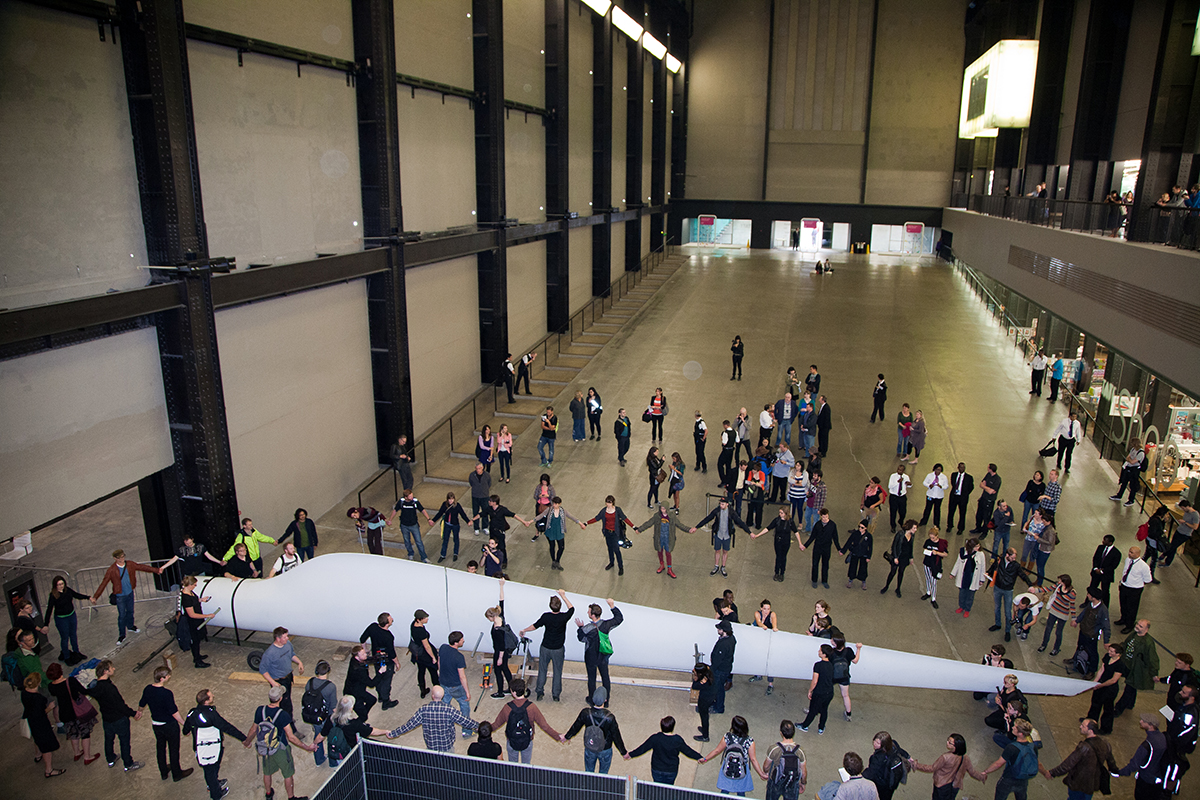 On 7 July 2012 Liberate Tate installed a 16.5 metre, one and a half tonne wind turbine blade in Tate Modern’s Turbine Hall in a guerrilla performance by over 100 members of the art collective.  The artwork, called The Gift, was submitted to be part of Tate’s permanent collection as a gift to the nation ‘given for the benefit of the public’ under the provisions of the Museums and Galleries Act 1992, the Act from which Tate’s mission is drawn.

In the weeks after the performance the public call for Tate to accept the artwork on behalf of the nation grew. Over 1000 people signed a Tate Member-initiated petition ‘Bring the wind turbine blade back into the Turbine Hall’ calling on Tate Trustees “to accept the artwork as part of Tate’s permanent collection”.

The petition letter to Nicholas Serota and Tate Trustees also said: “Liberate Tate created this artwork using an icon of renewable energy with an express wish for Tate to stop its relationship with BP so the public gallery’s reputation cannot be used to improve the oil company’s terrible image following the Gulf of Mexico disaster.

“Through your relationship with sponsor BP, Tate is forcing climate-conscious gallery goers into an uncomfortable position of complicity with the oil company, one of the most environment-destroying corporations on the planet”.

Tate’s governing Board of Trustees decided at its September 2012 meeting to not accept The Gift as part of Tate’s permanent collection.

Liberate Tate has called attention to the fact that Tate Trustees were not directed to the specific Tate agreed policy of working with artists and audiences to inspire new thinking around sustainability and Tate is committed “to find appropriate and imaginative ways to reflect the responses and commitment of artists [that] engage with environmental issues in their work and have chosen to be vocal in public debate … to maximise the potential for public engagement and discussion through art”.

The Gift was Liberate Tate’s fourth artwork in the Tate Modern Turbine Hall.

For more information on The Gift including pictures and footage of the performance see here. The Vice video of The Gift can be viewed here (7mins), and the film made by Link Up Films is here:

The Gift – Linkup Films from You and I Films on Vimeo.