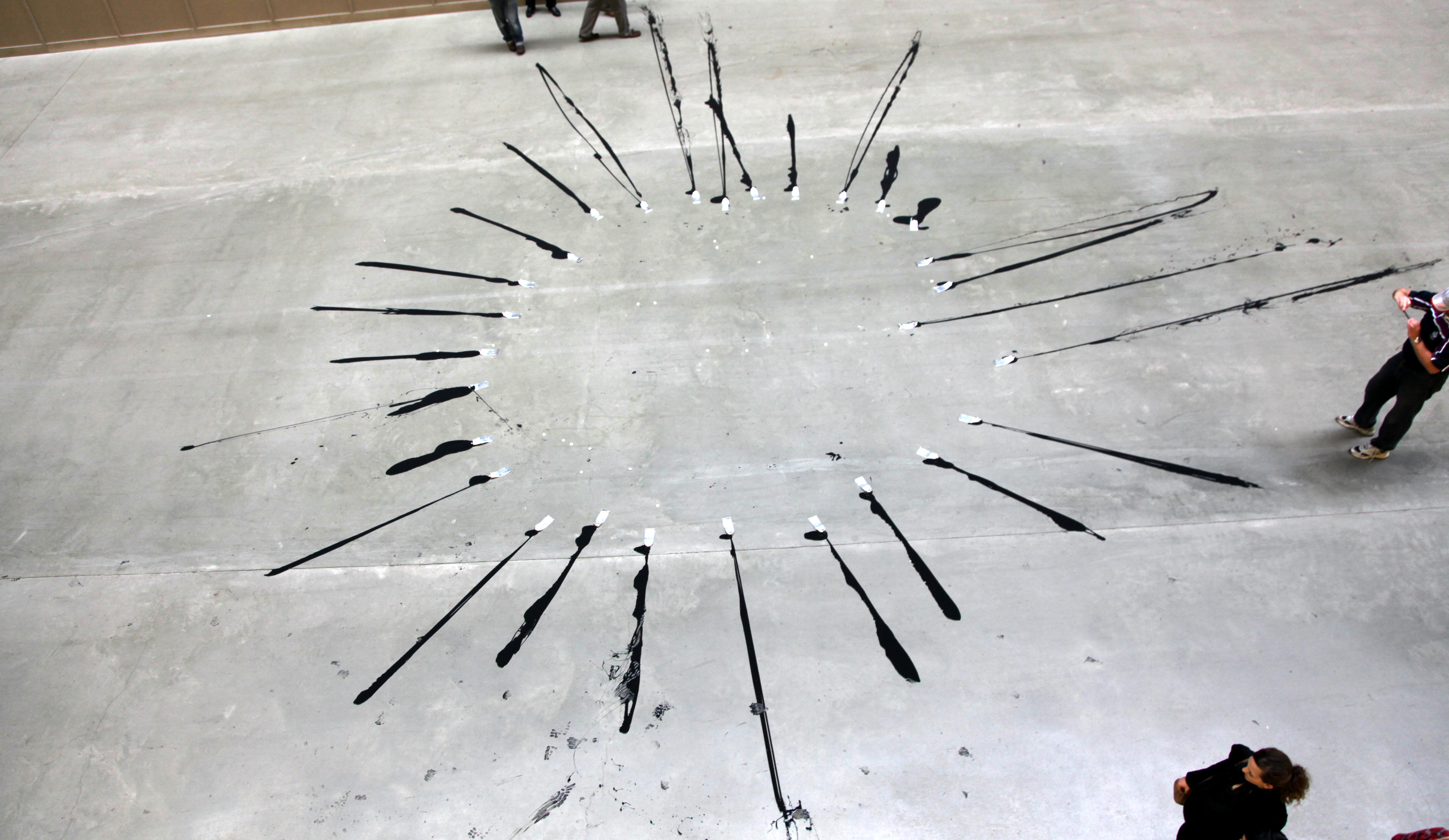 Crude / Sunflower from You and I Films on Vimeo

On 14 September 2010, a day before a Tate Board of Trustees meeting, around 50 figures dressed in black entered the Turbine Hall each carrying a BP-branded oil paint tube to create the installation art work Crude (also called Sunflower). In a circle they placed the paint tubes on the floor and each stamped on one in sequence, spraying out dozens of litres of paint in a huge burst across the floor. The resulting imprint echoed the BP ‘helios’ logo and anticipated Ai Weiwei’s Sunflower Seeds installation that was to follow in the Turbine Hall.

Blake Williams, a participant in the performance, said: “Ten years ago tobacco companies were seen as respectable partners for public institutions. The Gulf of Mexico oil spill has brought home to an even wider public that the impact of big oil companies like BP on the environment and the global climate makes them equally unethical for an art museum, especially one that purports to demonstrate leadership in response to climate change.”

Tate’s latest annual report (2009/10), released that month, claimed “sustainability is a prime consideration throughout Tate’s work”. Tate reduced its energy use and overall carbon emissions last year and makes much of its partnership with the Carbon Trust and that it was a founding signatory to the national 10:10 campaign, launched at Tate Modern, aiming to reduce carbon emissions by 10% in 2010.

A statement from Liberate Tate said:

“Tate has so far chosen to take a very narrow view of its footprint in relation to climate change and to not yet take into account its formal relationship with Big Oil. At a time when arts institutions wish to demonstrate how central the arts are in bringing social benefits to all and thus deserving of strong public funding, the museum must accept responsibility for its full impact in society.”

“Tate has a sponsor in BP that is engaged in socially and ecologically destructive activities. This is incompatible with Tate’s ethical guidelines, its stated vision in regard to sustainability and climate change, and for maintaining Tate’s reputation. In addition, its mission is undermined if visitors to Tate galleries cannot enjoy great art without the museum making them complicit in creating climate chaos. We call on the governing body to recognise this and end Tate’s relationship with BP.”

The label for the work read:
“You don’t abandon your friends because they have a temporary difficulty.” Nicholas Serota, Tate Director

An oil spill is one thing. Destruction of entire ecosystems, massive human rights abuses and millions of deaths from climate change is another thing altogether.

BP’s ‘difficulty’ is not temporary; it is fundamental. BP is a climate criminal – pushing our civilisation to the brink of destruction in pursuit of profit. Climate Change kills hundreds of thousands of people a year and will kill many more unless we act immediately and radically to stop it.

BP and the Tate should not be friends. It is long past time for the Tate to abandon BP and renounce its complicity in their crimes. 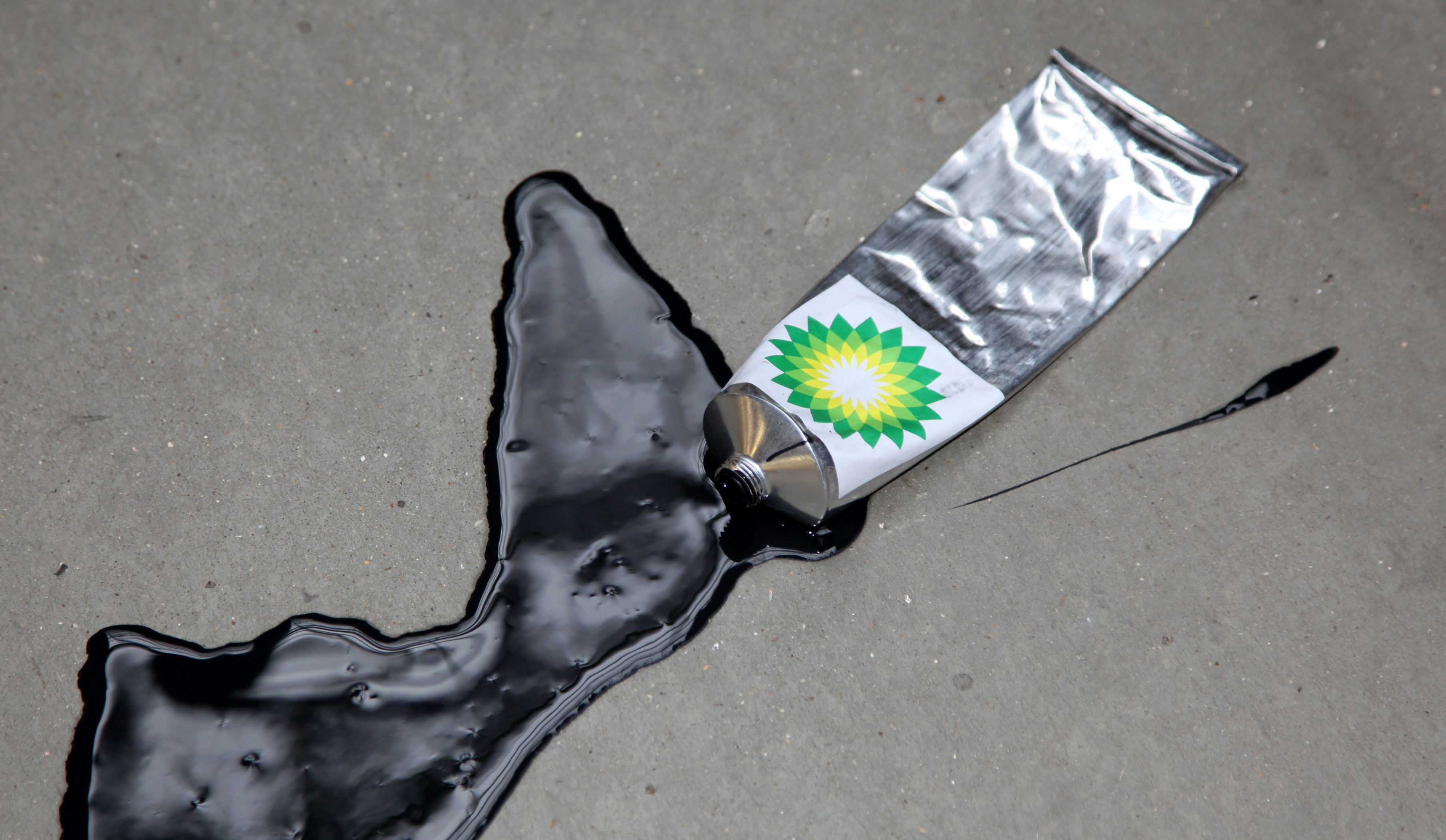 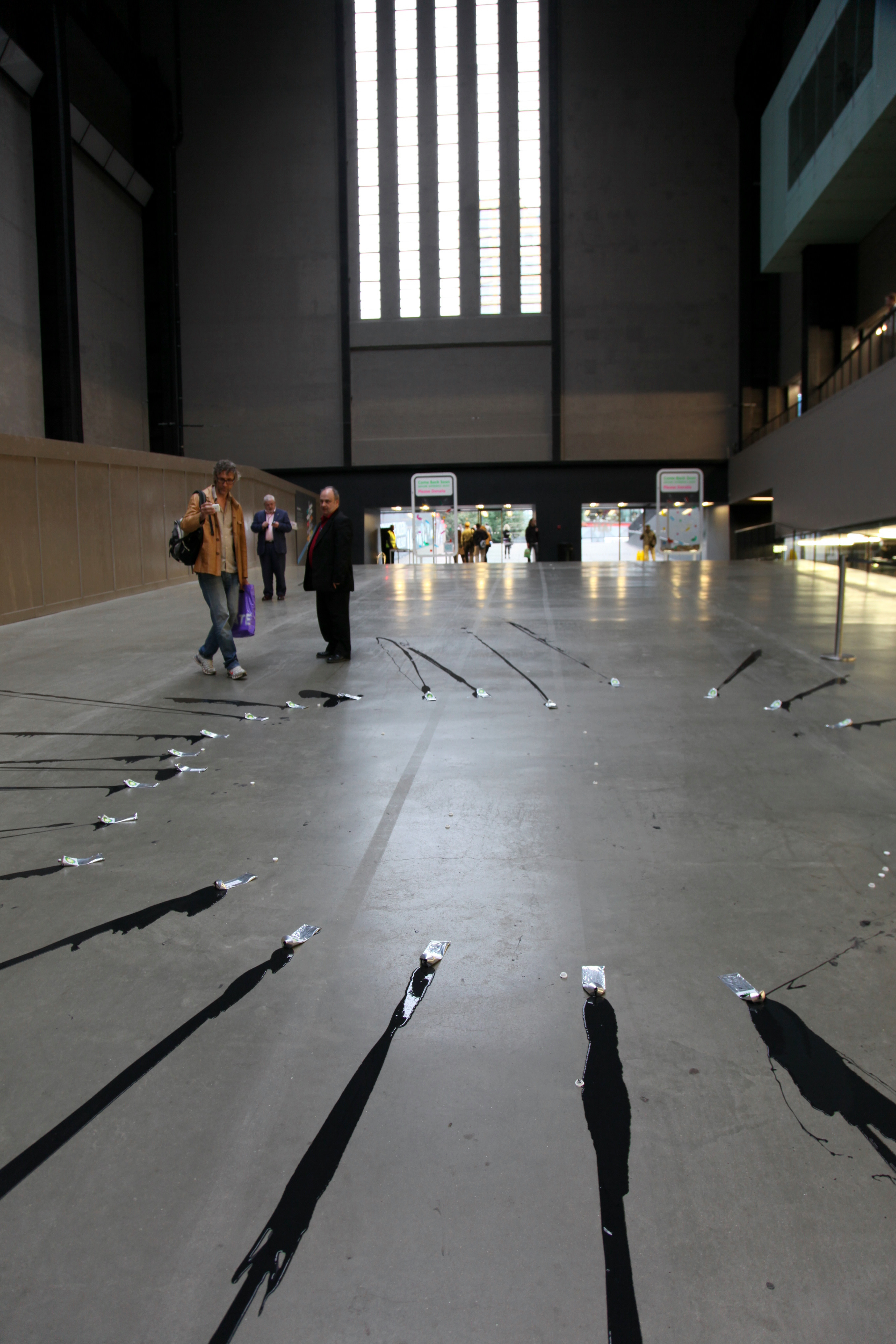