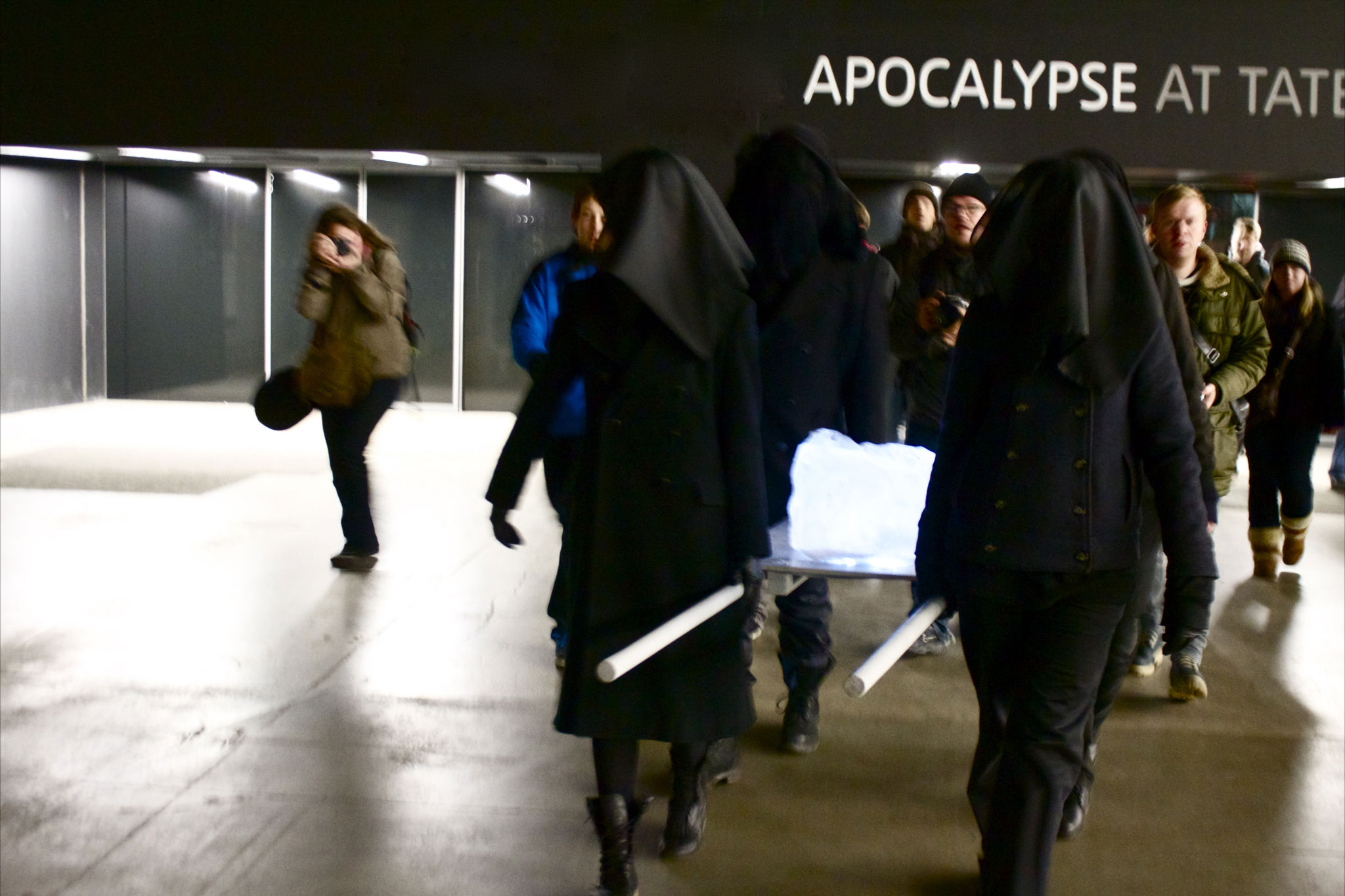 “The fact that BP had one major incident in 2010 does not mean we should not be taking support from them.”
Nicholas Serota, Director, Tate.

On 14 January 2012 Liberate Tate carried out another unofficial performance highlighting Tate’s complicity in BP’s ongoing controversial oil extraction practices around the world. At 6.30pm at the Occupy London protest camp at St Paul’s Cathedral four veiled figures dressed in black lifted a 55kg chunk of Arctic ice onto a sledge and walked it in procession across the Thames on the Millennium Bridge and into the Tate Modern Turbine Hall. They placed the ice at the bottom of the Turbine Hall, standing silently around the melting ice before leaving the building. The Occupy London General Assembly was then held in Tate Modern around the Arctic ice – the first time Occupy London had held this daily gathering in a public art museum.

Floe Piece – Liberate Tate from You and I Films on Vimeo.

The Deepwater Horizon disaster did not end in 2010 for the communities affected; BP’s harmful impacts are numerous and occur across the globe year on year. In 2010-11 BP pushed forward expansion plans into the Arctic in Alaska, Canada and Russia. Oil extraction in this region is only possible because of melting ice caused by climate change. Spills in Arctic waters are immensely more complicated than elsewhere, and indeed BP is itself responsible for the largest oil spill on Alaska’s north slope, at Prudhoe Bay in 2006, where the company continues to drill for oil. 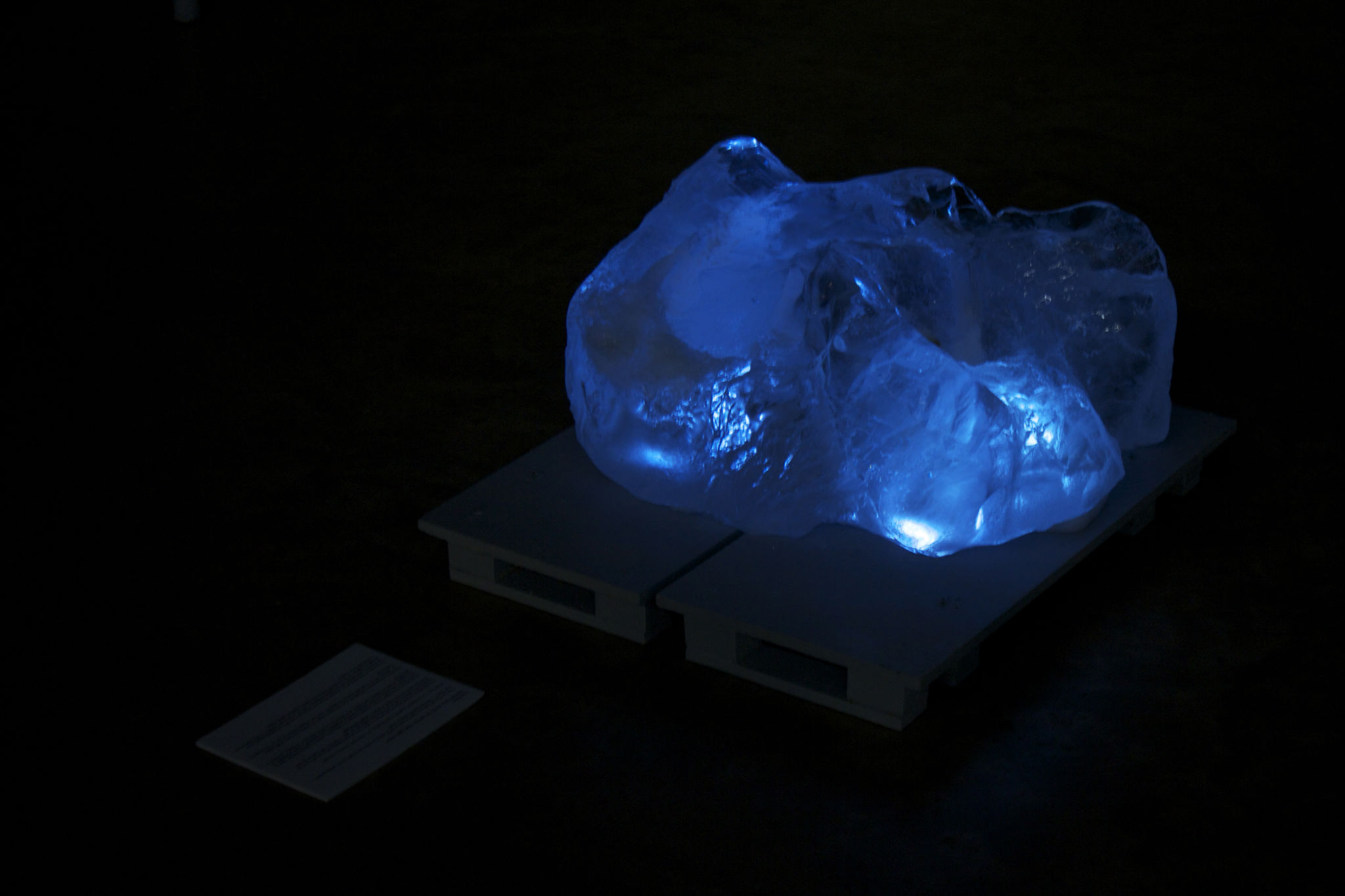 The Arctic ice in Floe Piece was transported from the Arctic region to London, the home of BP, and carried by Liberate Tate from Occupy London LSX to Tate Modern. The journey of this block of ice retraced the line of connection from BP’s devastating impacts on ecosystems, communities and the global climate to Tate, an art museum complicit in this destruction though its support of the company’s efforts to create a positive public image, a social licence to operate.