Birthmark at the Portrait Award

Climate change is permanent; so are tattoos.

This is an unsanctioned performance by Liberate Tate in defiance of BP’s sponsorship of the Portrait Award. Just as a portrait painting is the outcome of a creative relationship between artist and sitter, each Birthmark emerges from a conversation between tattoo- giver and tattoo-receiver.

The performers receive tattoos in the form of a number – the amount of carbon dioxide in the atmosphere expressed as parts per million (ppm), in the year of their birth. A performer born in 1962 (318ppm) compares the changes they’ve seen with a performer born in 1993 (357ppm). Being born in the same year has a new meaning – living through the same increase in carbon dioxide. In response to climate change, this performance embodies the revisions being inscribed on our planet in an intimate, personal way. Each tattoo echoes the engraving act by the oil sponsor in transforming the body of the gallery.

There is a rich history of tattoos in art and protest, but protest tattoos as performance intervention in a gallery space is unprecedented. Following decisions in early 2016 at Tate and the Edinburgh International Festival to end BP sponsorship, the artists invite the National Portrait Gallery to reconsider their sponsorship deal with BP, and begin to erase this scar from their skin. 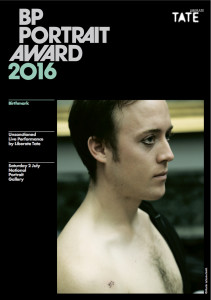