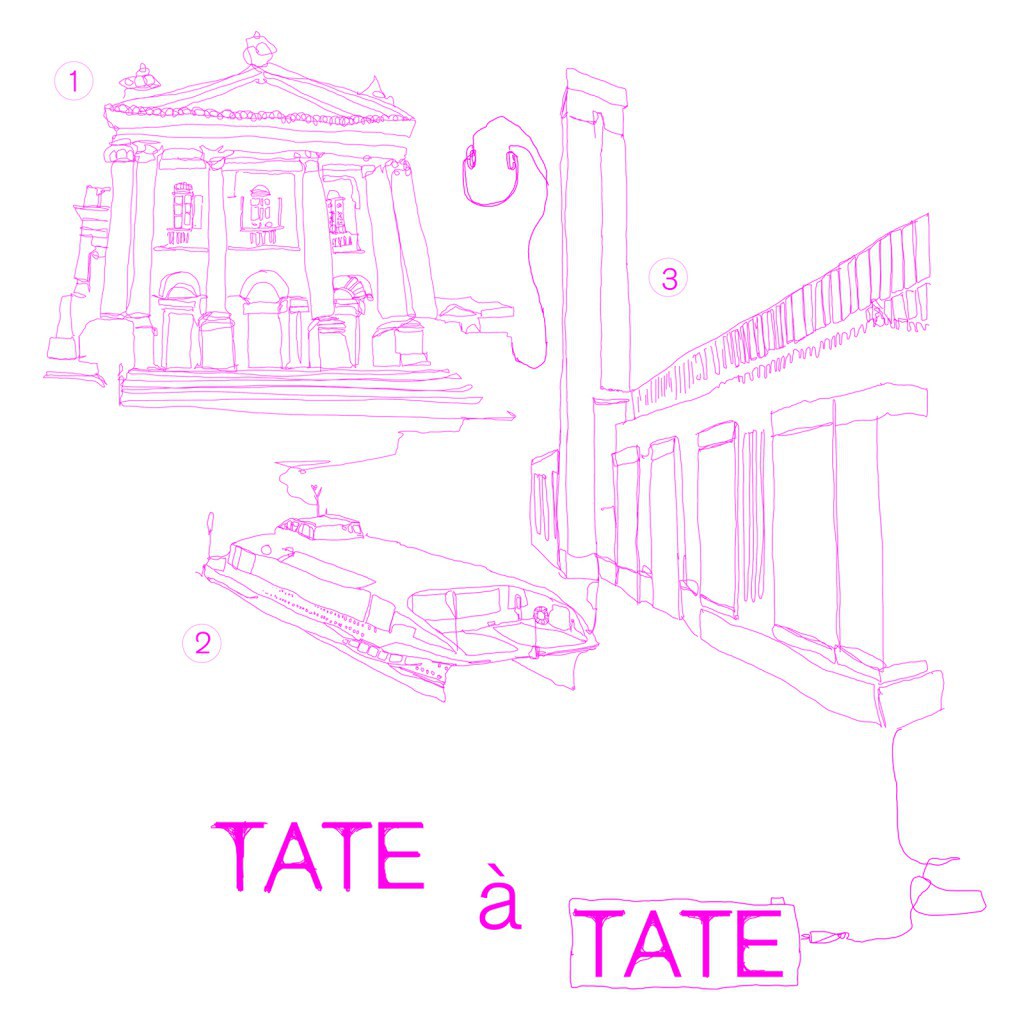 In March 2012 Liberate Tate launched an alternative audio tour of London’s Tate galleries in response to the public institution’s links with oil company BP. The series of artworks questioning Tate’s relationship with BP was been jointly commissioned by Liberate Tatewitharts and research organisation Platformand activist group Art Not Oil.

The Tate á Tate Audio Tour is a permanent installation inside Tate galleries in London created through audience participation. The sound works use Tate space as their backdrop and are available for anybody to download onto their smart phones and MP3 players (from www.tateatate.org ).

The works by renowned artists draw on the immersive properties of sound to create powerful sculptural experiences designed to be listened to inside Tate Modern, Tate Britain and on Tate Boat (the riverboat crossing between the two buildings).

The three Tate á Tate Audio Tour artworks are The Panaudicon by Ansuman Biswas (Tate Britain), This is not an Oil Tanker by Isa Suarez, Mae Martin and Mark McGowan (Tate Boat) and Drilling the Dirt (‘A Temporary Difficulty’) by Phil England and Jim Welton (Tate Modern).

TATE à TATE from You and I Films on Vimeo.

Working alongside Platform and Art Not Oil, Liberate Tate made a call out to commission a sound artist to create an ‘alternate Tate audio tour’ – a work of site-specific sound art that would be themed around the issue of BP sponsorship of Tate. We were overwhelmed with almost 40 responses, and in the final shortlist, the quality of the ideas was so high, that we ended up choosing three of them instead of just one. The tour isn’t be restricted to just one gallery space – the three pieces correspond to Tate Modern, Tate Britain and the riverboat journey in between the two of them.

The tour is going was launched in April 2012. This unsanctioned sound installation inside Tate galleries provides visitors with a new experience of the presence of BP within those spaces. Now is a good time to once again thank the many people who contributed to our crowd-funding drive that has made this project possible – it’s as much about the vote of confidence in the aims of the project as it is about the money.

This work comes at a time when BP is ramping up the promotion of its sponsorship activities in the run-up to the Olympics. Its first major TV ad campaign focuses almost exclusively on its cultural and sports sponsorship and says pretty much nothing at all about its primary product. In the adverts sportspeople are seen in museums and in one case a runner is filmed on a pristine beach. BP’s sponsorship of arts institutions like Tate is clearly not an act of philanthropy, it’s a very cheap piece of PR to detract attention away from the devastating impacts its causing around the world.

Liberate Tate is a network dedicated to taking creative disobedience against Tate until it drops its oil company funding.

Art Not Oil
Since 2004, Art Not Oil has aimed to encourage artists to create work that explores the damage that oil companies are doing to the planet, and the role art can play in counteracting that damage.